The Latest in Breast Cancer Treatments and Care 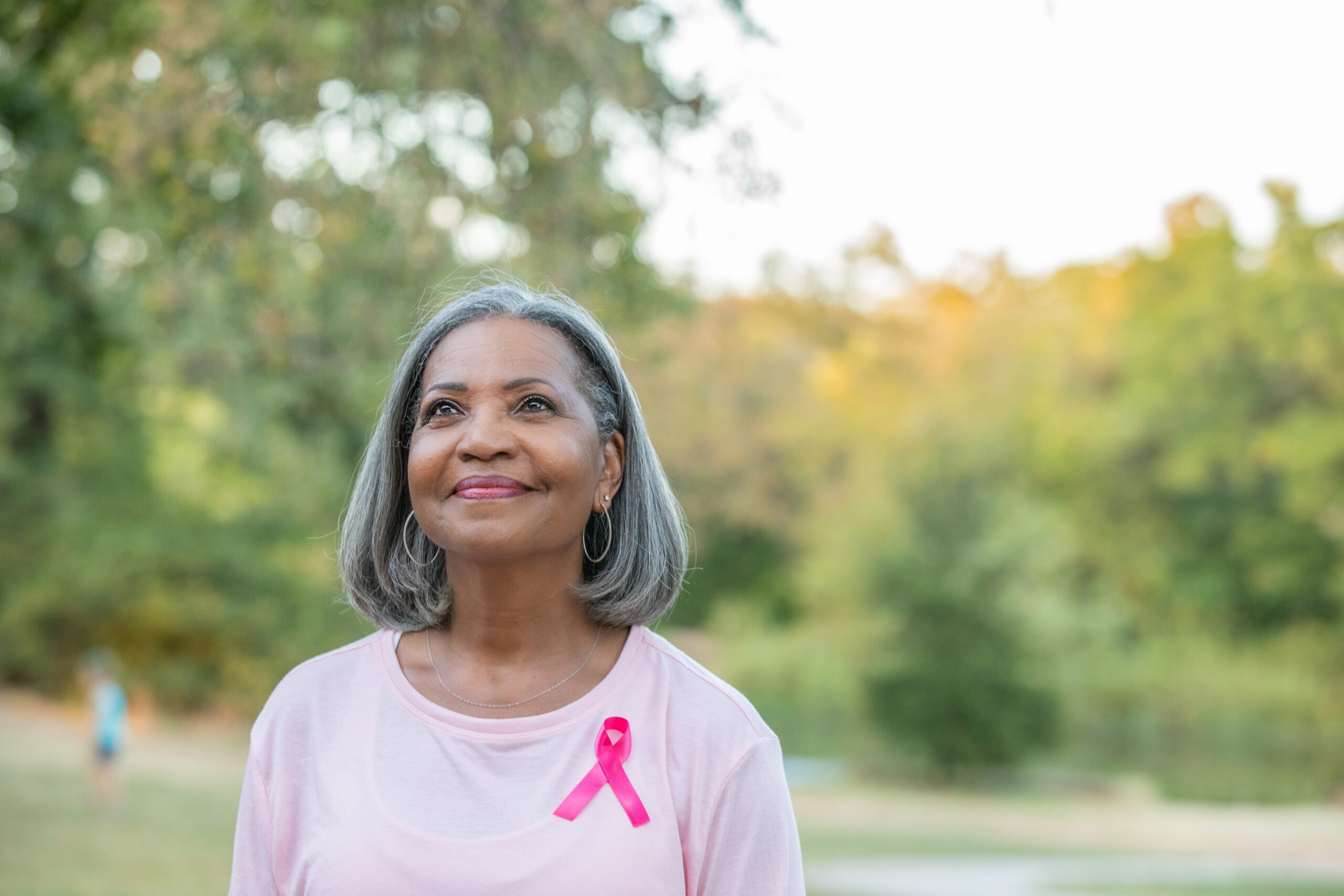 The American Cancer Society first designated the month of October as National Breast Cancer Awareness Month in the mid-1980s, and since 1989 the number of deaths from the disease declined by 43 percent. Yale Medicine recently noted that while surgery is still necessary for many breast cancer patients, less patients today need to undergo chemotherapy. Although breast cancer has a high survival rate it is likely to affect one in eight women, according to the CDC, and the search for a cure continues. Advancements in oncology, radiology, immunotherapy, and genetic testing are a sample of the innovations that have helped screen and treat breast cancer more effectively. In this edition, we’re highlighting some of our member companies and institutions that are developing treatments for breast cancer.

ALX Oncology is known for the development of evorpacept, a therapy that blocks the protein CD47, which exists in both healthy and cancerous cells. Researchers refer to the CD47 protein as a “don’t eat me” signal that cancer cells can harness in order to evade our immune system and go undetected. The Bay Area-based company says evorpacept can help our immune system identify cancer cells and block the CD47 signal while leaving healthy cells be, and can be paired with a targeted anti-cancer drug. The company received FDA Orphan Drug Designation for evorpacept for patients with acute myeloid leukemia, and is exploring the role evorpacept can play in breast cancer treatments with a new partnership with Quantum Leap Healthcare Collaborative. Evorpacept was selected in combination with Ehertu, a directed antibody-drug conjugate, in a trial to treat patients with metastatic HER2-positive and HER2-low breast cancer. Roughly 15 to 20 percent of patients with breast cancer have tumors with the HER2 protein, and HER2-low breast cancer has traditionally been difficult to treat, according to the National Cancer Institute.

Although significant progress has been made in treating and detecting breast cancer, there are disparities in care and survivorship among patients. Black women with breast cancer have higher mortality rates than Caucasian women, by as much as 40 percent. Hologic, the San Diego-based company that developed a more accurate 3D breast screening technology (the 3Dimensions mammography system) partnered with three national nonprofits last year to launch the Project Health Equity initiative to address gaps in health care for Black and Hispanic women. The company says it will invest $20 million in educational programs on women’s health and to provide screenings and treatment for underserved women at community clinics and health centers in nine states. Hologic also recently partnered with Grammy Award-winning singer Mary J. Blige on a national campaign to raise awareness about the importance of annual screenings.

Statistics show that nearly 30 percent of women who are diagnosed with early-stage breast cancer eventually develop metastatic breast cancer–also known as Stage IV, when the cancer spreads to another part of the body. San Diego-based Aethlon Medical focuses its research on exosomes and their role in how cancer develops and spreads, and says its Hemopurifier blood filtration treatment, which was developed to remove harmful exosomes and viruses from the blood, may help prevent a variety of cancers from becoming metastatic, including breast cancer. The Hemopurifier currently has an FDA Breakthrough Device Designation to evaluate its applications in reducing exosomes in patients with recurring squamous cell carcinoma of the head and neck, and is also being studied in a clinical trial for patients with COVID-19.

Oncternal Therapeutics specializes in targeted cancer therapies and is known for the experimental drug Zilovertamab (formerly called Cirmtuzumab), a monoclonal antibody that hones in on the enzyme ROR-1, which may have a role in the growth of tumors. The drug was developed at UC San Diego’s Moore Cancer Center and is undergoing a Phase 1 trial for its potential in treating HER2-negative metastatic breast cancer, and is also in the Phase 2 trial evaluating its role in treating Mantle Cell Lymphoma and Chronic Lymphocytic Leukemia.

Gilead Sciences announced positive results in its Phase 3 study of Trodelvy, its prescription intravenous drug to treat bladder and urinary tract cancer, and the possible additional role it may have in improving survival rates for breast cancer patients who have previously received endocrine therapy and chemotherapy. This week, the FDA accepted the supplemental Biologics License Application (sBLA) for Trodelvy for priority review for the treatment of some adult patients with unresectable locally advanced or metastatic HR-positive or HER-negative breast cancer. Merdad Parsey, chief medical officer of Gilead Sciences, said in a release that Trodelvy may have the potential to help patients who currently have limited treatment options and are experiencing poor quality of life.