The Latest in Sustainable Materials 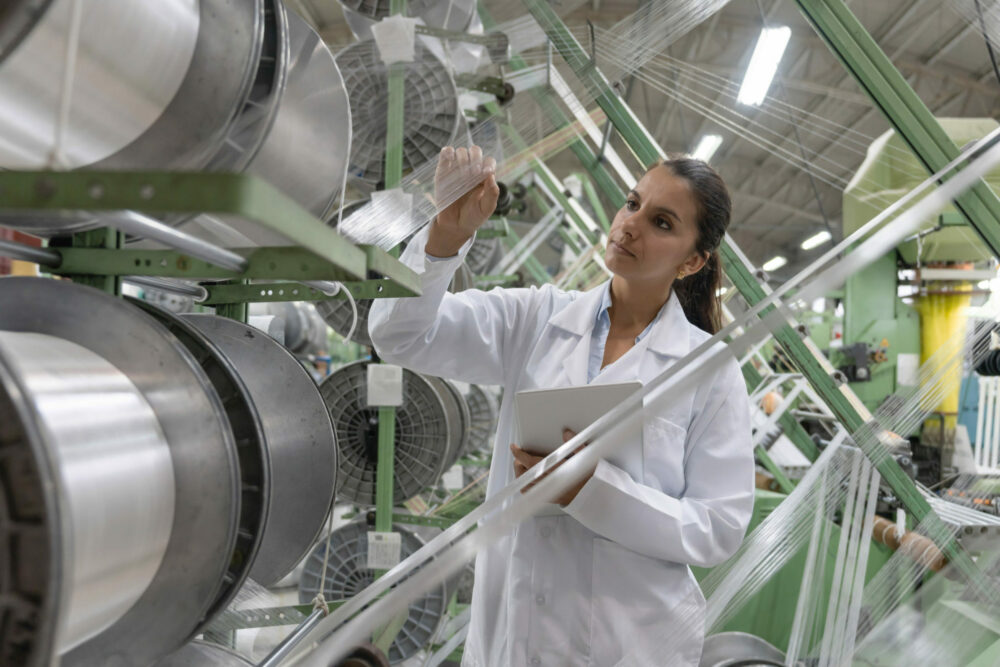 The concepts of sustainability and eco-friendly products are well beyond being a buzzworthy trend–these principles are here to stay. Today’s consumer, in fact, demands that the brands they regularly purchase products from show a commitment to sustainability. A recent survey by GreenPrint shows that nearly two-thirds (66 percent) of U.S. consumers are willing to pay more for sustainable products despite inflation. Young people ages 18 to 34, especially, want more sustainable living options (80 percent).

Biotechnology is behind many advances in developing products that are sustainable and help preserve our natural resources. In this edition, we’re highlighting member companies behind some of the latest innovations in sustainable materials, including eco-friendly industrial chemicals and snowboards, a new vegan leather made from fungi, and a multimillion-dollar quest to find an alternative for palm oil.

Although the advent of fast fashion gave consumers more wardrobe choices and retailers the ability to get trendy items onto store racks quickly, studies show that only 15 percent of garments and textiles are donated and reused—an alarming 85 percent of textiles wind up in landfills. Three female engineers from Carnegie Mellon University founded a startup in May 2020, Refiberd, with the goal of ending textile waste by inventing a new thread composed of 100 percent recycled materials. The founders of the Bay Area-based company combined their backgrounds in textile development, electrical and environmental engineering, and AI/machine learning to produce polyester and cellulose thread kits made entirely from post-consumer waste. The company says its thread can be used in both sewing and embroidery machines as well as for hand-sewing, and is available for consumers to purchase online. They also developed a custom sorting technology for old fabrics that can be sourced for making new garments. Refiberd was named a Top 5 finalist in the 2021 SXSW Pitch Competition in the social and culture category.

Shroom of the Loom

Mushrooms have long been used as a meat substitute in vegan cooking, but whoever thought that the root-like structures in the earth that help sprout tasty portobellos and earthy chanterelles could also be harvested as an alternative for making leather? Scientists at Bay Area-based Bolt Threads did just that, and their luxury handbag made from their proprietary “mushroom leather,” Mylo, appeared in Stella McCartney’s summer 2022 collection and an exclusive yoga mat for Lululemon. Mylo is made from mycelium, a network of threads and roots (hyphae) from which fungi grow. Bolt Threads says it engineered a process to grow mycelium in a facility and develop it into a material that resembles the look and feel of animal leather. McCartney, who is known for never using animal-derived materials in her designs, has partnered with the company since 2017 to incorporate the eco-friendly fabric into her collection and help get it runway-ready. Since Mylo is plant-based, it may be a good substitute for consumers who don’t want to use vegan or faux leather that is produced from polyurethane (petroleum). The company recently announced a new partnership with Gingko Bioworks to increase the growth rate and production of mycelium.

Fashion isn’t the only industry which could benefit from sustainability efforts. In the Bay Area, Checkerspot uses biomanufacturing to build more eco-friendly materials for skis and snowboards. The company grows microalgae in its lab to manufacture an oil that serves as a petroleum replacement for producing polyurethane and PU foam, and even reprocesses waste from its own factory to create the proprietary material, SpiralMade. SpiralMade is used to construct ski stands and boot plates for snowboards, and is even incorporated into new sporting equipment. Checkerspot says its materials are durable and that its line of skis and snowboards, Wonder Alpine, offer performance and speed that rivals gear that is traditionally made. Checkerspots’ WING platform was named an honoree of Fast Company’s World Changing Ideas Award earlier this summer.

Geno (formerly known as Genomatica) has been a leader in biomanufacturing, having developed a revolutionary plant-based nylon and renewable version of 1,4-butanediol, called bio-BDO, a chemical that is used in the production of everything from shoes to consumer goods and plastics. Earlier this summer, the San Diego-based company announced a $120 million venture with Unilever—a global giant in the personal care space—to develop an alternative to palm oil and cleansing agents derived from fossil fuels. Palm oil is so ubiquitous in our pantries and medicine cabinets that it appears in nearly half of all packaged foods in the U.S., and is used in everyday items like deodorant, soap, and toothpaste. The environmental impact of palm oil’s prevalence in the global market has been controversial, as its production has been linked with deforestation and greenhouse gasses. Unilever says that more than 3 billion people use its products daily, and that this new venture can help them grow the business without relying on palm oil or fossil fuel derivatives. Kao Corporation, a Tokyo-based chemical and personal care company probably best known for its Bioré line, recently announced it is joining the initiative as a founding member.

How Sweet It Is

Imagine if sugarcane, which is plentiful and low-cost to farm and process, could be spun into chemicals to make more sustainable automotive components, consumer electronics, and plastics. That’s the premise Lygos, a Bay Area company founded by engineers from UC Berkeley, was founded on. By converting sugars into high-value chemicals for both consumer and industrial materials, they offer an alternative to staple chemicals that are derived from petroleum. Its pipeline of products, such as its proprietary bio-based isobutyric acid, can be used to make polymers like plexiglass for automobiles and building construction, and the bio-malonic acid is being used in a number of solvents and adhesive molecules. CEO Eric Sheen recently made a presentation at last month’s Advanced Bioeconomy Leadership Conference in San Francisco, which showcases the latest innovations in the bioeconomy.