These Biocom California Members Are Shaping the Future of AgTech 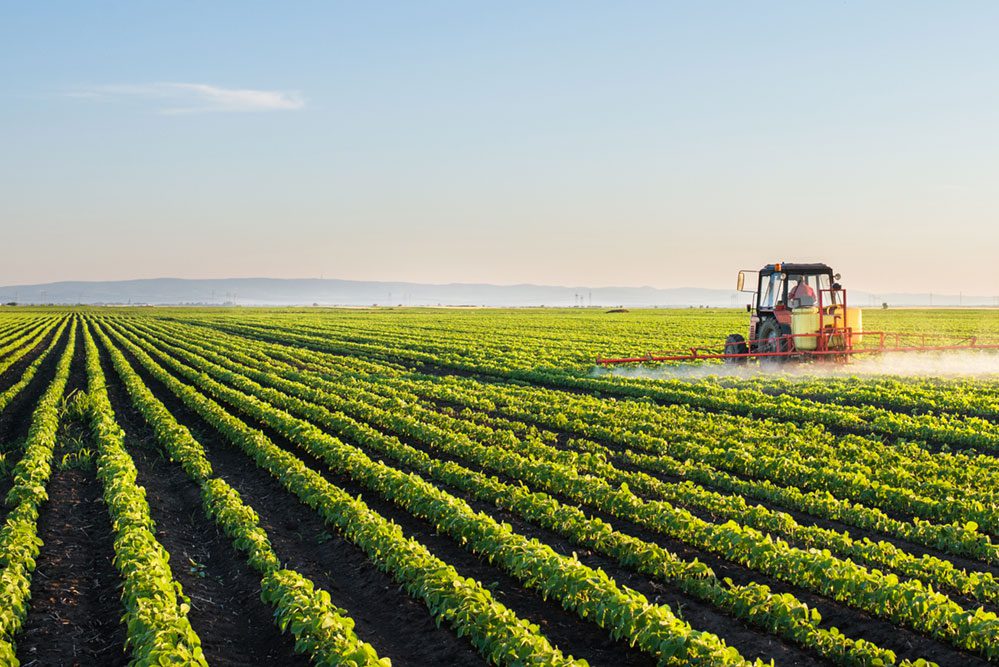 We’ve come a long way in developing technologies that improve agriculture with data analytics, gene editing, and sophisticated sensors that allow for more environmentally friendly farming and higher crop yields to feed our growing population. Here are a few of our member companies that are shaping the future of agriculture technology, better known as AgTech.

Over the next 30 years, our population is expected to grow to 9.7 billion, which also means the demand for food will continue to rise. With food demand expected to increase between 59 to 98 percent by 2050, farmers are using new methods to help increase crop production while also being mindful of not harming the environment or disrupting the ecosystem of helpful insects such as bees and ladybugs. Using CRISPR, Agragene is creating biological crop pest control agents in the form of sterile male insects that they release into the field. These sterile male bugs mate with wild female crop pests but then produce unfertilized eggs, enabling farmers to control the pest population while also using less insecticide. With the U.N. Food and Agriculture Organization estimating that invasive insects cost the global economy at least $70 billion, Agragene’s biocontrol technology could significantly cut down these losses.

Understanding the makeup of soil provides farmers with valuable information on the types of pests and diseases they may have to face in the future, as well as nutrient deficiencies that could stunt growth and overall yield. Pattern Ag has created a way to give farmers a comprehensive profile of their soil to optimize crop protection and fertility plans. The Pattern 360 includes detailed information in one place that helps farmers make critical management decisions and plan ahead for the next season.

Believe it or not, insects produce pheromones, natural compounds that are given off to help in the mating process. The females use this chemical communication to attract males similarly to other animal species. Provivi is artificially producing pheromones and releasing them into the environment, disrupting mating and making it difficult for the male insects to find the females. Over time, this decreases the pest population and the need for insecticide treatments.

Fungal pathogens are another threat to crops and can be difficult to treat before it becomes too late. Spraying fungicides is one solution but it can be costly and harmful to the environment. Root Applied Sciencesis empowering farmers with sensors that can detect pathogens before they become an issue. The information collected and the alerts given make it easier for farmers to determine how much and when to spray. By only spraying when necessary, farmers can cut down on costs and increase yield.

Along with pests, farmers must tackle the potential issues of crop disease and invasive weeds that can lead to lower crop yields. Instead of using harmful chemicals, Cibus is pioneering new breeding techniques that use precision gene editing to develop unique characteristics and traits that allow for the most ideal crops in different locations across the world. Cibus is using the cell’s natural DNA repair system, rather than foreign DNA, to introduce changes in the DNA code that make plants healthier and more resistant to disease, pests, and environmental changes.

Early-stage Agtech companies in Northern California looking to acquire lab and co-working space, influential mentors, and business connections can plug into the AgTech Innovation Alliance‘s AgStart program. AgStart is a collaboration between the University of California Davis and AgStart that has helped accelerate hundreds of companies in the ag, food, and health spaces. The [email protected] in downtown Woodland is a 6,200-square-foot facility with meeting rooms, a wet lab and a dedicated food lab, giving emerging companies the space and equipment they need for research, development, and commercialization of new products.