World Ocean Day: A Look at How Biotech is Contributing to Conservation 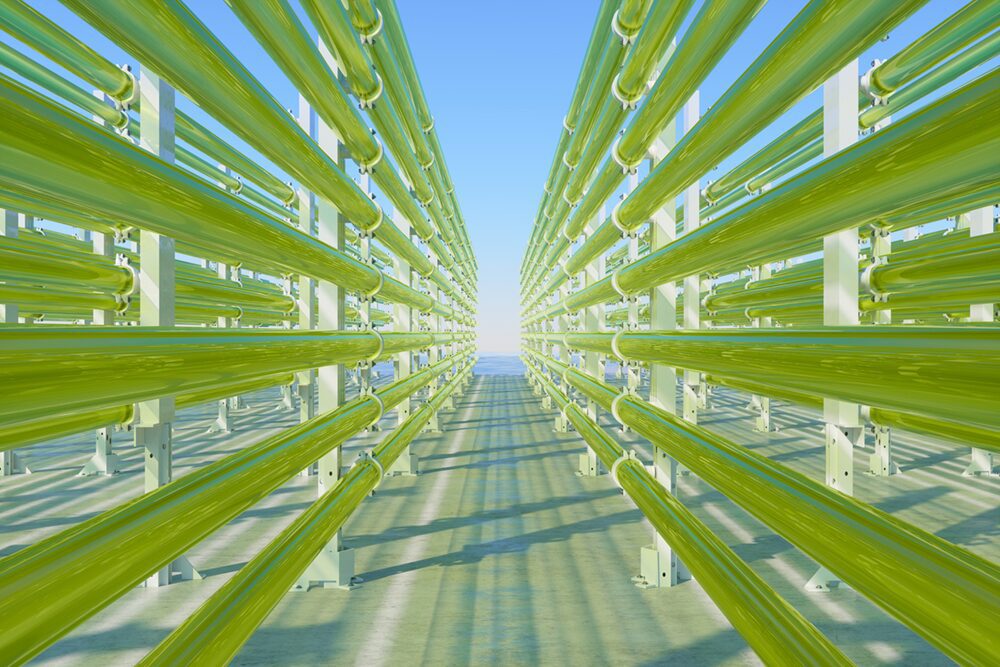 June 8 is United Nations World Oceans Day, which raises awareness and a call to action to protect the vital resource that covers more than 70 percent of our planet and the countless ecosystems that rely on its health. The global effort was started in the early ‘90s by Canada’s International Centre for Ocean Development, and the UN officially recognized the day in 2008. This year’s theme, “Revitalization: Collective Action for the Ocean”, featured a live-streamed event at UN Headquarters with a lineup of guest speakers including UN officials, marine biologists, and celebrities discussing collective sustainability efforts.

In honor of World Oceans Day, we’re highlighting some of our member companies and California institutions that are protecting the ocean’s resources and advancing human health.

Algae has been marketed as a “superfood” in recent years, and it’s common to find some species of the marine organism blended into smoothies or sold as a nutritional supplement at trendy cafes and stores. Global Algae Innovations, a San Diego-based aquaculture company, is thinking bigger and researching how algae could essentially be a superfood for the planet’s health. It says farmed algae has the potential to replace soy and palm oil, can be turned into fuel, used as a food source for people, livestock and fish, and help restore ocean ecosystems. It has a 33-acre research farm on the Hawaiian island of Kauai, and it’s looking to expand operations to a 160-acre farm. The company was recently named an XPRIZE Carbon Removal Milestone winner—a competition created by Elon Musk and Peter Diamindis—and awarded $1 million for its innovations and mission.

Kelp is another marine product that has the potential to be a sustainable source for a multitude of products. The brown seaweed has long been used in East Asian cuisines (it’s one of the key ingredients in Japanese ramen broth) and as a food thickener, and Bay Area-based Macro Oceans is using it to make everything from polysaccharides for nutritional, medical, and dermatological purposes to bioactive compounds for pharmaceuticals. The company sources sugar kelp from Alaska and processes the seaweed using a zero-waste system, and is even looking into developing a biodegradable plastic made from kelp.

The world has a big and almost insatiable appetite for seafood, and unfortunately the demand for prized fish and crustaceans is not sustainable. Two California companies, San Diego’s BlueNalu and San Francisco’s Wildtype, say cell-cultured fish is the answer and both are cultivating fish grown (sans bones and fins) from live cells in a lab. BlueNalu is developing cell-cultured bluefin tuna and has partnered with some of the world’s top seafood suppliers to one day bring the product to consumers. Salmon is another catch that is overharvested, and Wildtype is focused on producing cell-cultured sushi-grade coho salmon that is environmentally sustainable, free of microplastics, and offers seafood lovers an alternative to farmed fish. In case you missed it, the company was featured on celebrity chef David Chang’s Hulu show, “The Next Thing You Eat.”

The Center for Aquaculture Technologies is a research organization with facilities in San Diego and Canada that works with government agencies, aquaculture companies and universities to develop sustainable agriculture using genotyping to improve selective breeding for species. It recently partnered with Earth Ocean Farms in La Paz, Mexico, to establish a sustainable breeding program for Pacific red snapper—the first program of its kind to restore this species’ stock.

In academia, Scripps Institution of Oceanography recently discovered the enzymes that are responsible for producing guanitoxin, one of the most potent neurotoxins that can grow from cyanobacteria—especially in freshwater lakes and ponds—and is harmful to fish, birds, and marine mammals. The institution partnered with scientists at UC Santa Cruz and the University of Sao Paulo, Brazil, on the project, using genetic and biochemical studies to show how the bacteria produces the toxin. The findings were published in the Journal of the American Chemical Society and can lead to the development of molecular diagnostic tests to detect the presence of the toxin, according to the press release. In Los Angeles, the University of Southern California opened a new aquaculture lab on a 35-acre site in San Pedro. More than two dozen tanks housing giant kelp, mussels, and oysters span the lab grounds. Some of the research that graduate students are conducting onsite include examining the potential for kelp to be used in biofuels, and how climate change affects shellfish.