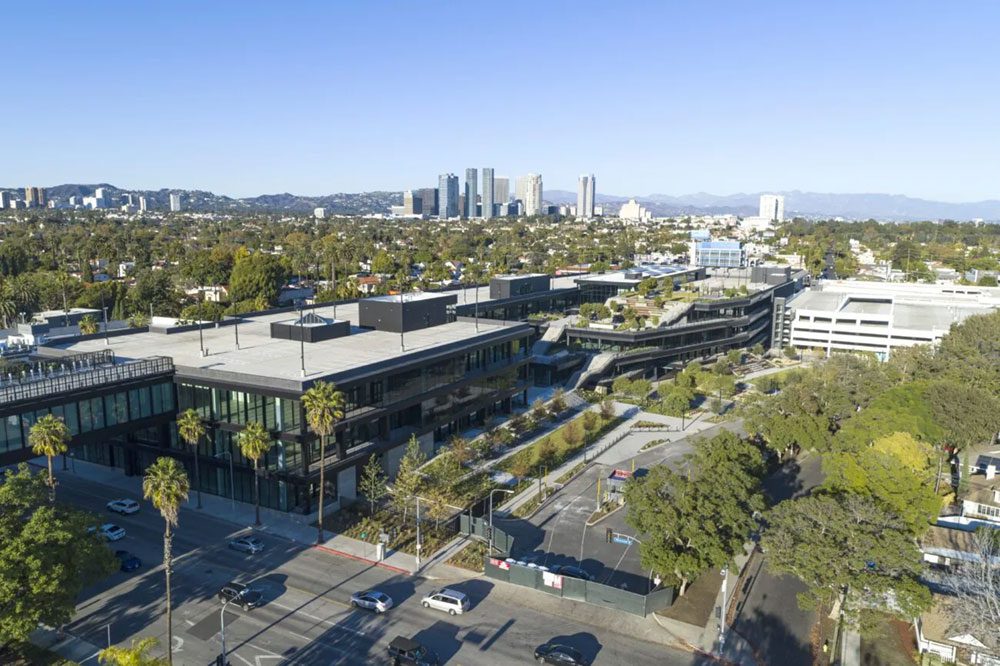 
It’s well known that within the last several years, the life science industry has vastly expanded. About 70% of all venture capital that is invested in Massachusetts and California goes toward the life sciences industry. With continued advancements in technology in fields like drug development, AI and personalized medicine, the demand for facility space and expansion has consequently increased, especially on the West Coast. However, limiting factors such as a tight real estate market and a lack of access to talent still exist. As life science markets develop, adaptive reuse has become a valuable option in addressing the high demand for space. Certain companies may reap the benefits of adaptive reuse as it continues to make its way into the field of life science.

Due to the fast nature of adaptive reuse construction, it’s no secret that life science start-ups are gravitating towards this type of construction for their facilities. In MATT’s experience, most life science start-ups are primarily seeking space at the beginning of their ventures and can function in a short-to-mid-term space that is not custom built to their specific needs. Oftentimes, what is most important to a life science company is getting quick access to that functional space. Adaptive reuse is extremely advantageous for fast-moving companies; while a typical ground-up construction project generally takes around three to five years to complete, an adaptive reuse project can be completed in as quickly as one to two years. As new technologies and companies emerge, they require this quick moving, dynamic infrastructure to meet them where they are. The opportunity for construction and innovation to move in unison via adaptive reuse can be an advantage, especially for life science start-ups.

While not novel, adaptive reuse is an inventive way to breathe new life into old buildings. As urban space continues to be a scarce resource, a greater emphasis has been placed on the transformation of existing buildings into new, state-of-the-art facilities. Adaptive reuse preserves the history of a building while adding value to the urban environment by revamping and modernizing it for the new tenants’ needs.

Different ages of construction present different advantages. For example, post-WW2 construction is among the most indestructible and well-engineered. Adaptive reuse provides an opportunity to reuse these buildings and creates less waste compared to ground-up construction, due to less demolition debris that saturates landfills. As adaptive reuse has become more popular, higher design standards for sustainability, Fitwell credentials and newer LEED requirements bring ethical cognizance to the process of building revitalization.

Recent MATT Construction project, One Westside, acts as a perfect example for the value adaptive reuse construction can leverage. MATT utilized the existing footprint of a three-story shopping mall that had become a declining landmark in West Los Angeles and transformed it to serve as a high-end commercial office space. Because the team had an existing foundation to work with and didn’t need to build a completely new structure, the project was more time and cost effective than a new build. This speed afforded the tech tenant quicker occupancy.

At the historic Herald Examiner Building in downtown Los Angeles, the MATT team was able to restore the existing building and preserve the history of this cultural monument, in addition performing extensive tenant improvements to house a new media lab and satellite campus for Arizona State University. This adaptive reuse solution offered the University a historically significant building, while bringing relevant utility to the facility.

Taking it All Into Consideration

As one can imagine, adaptive reuse in the context of life science facilities can require some out-of-the-box thinking. When considering what type of building to begin with, there are a few aspects that can be critical in the consideration of a life science facility transformation such as high ceilings, large floor plates, sufficient floor loading and the ability to efficiently alter or replace existing MEP systems. Our post-COVID world has left many office spaces vacant, many of which serve as viable options for life science facilities. Places like retired museums and warehouses can also serve as feasible adaptive reuse contenders due to their high ceilings and large footprints.

On a recent project in Los Angeles, MATT converted an existing two-story office and parking structure into a laboratory and support facility. The existing structure was a combination of concrete tilt-up, steel, and wood framing. A major consideration for this conversion included the complete replacement of the HVAC system. In fact, the HVAC upgrades were significant enough to require the creation of a two-story HVAC equipment well in the existing structure. In addition, a combination of seismic upgrades as well as structural changes to support the new HVAC well and the equipment loads on the second floor necessitated new shotcrete walls and substantial revisions to the existing steel and wood framing members.

While the implications of the HVAC and structural upgrades were understood early in the project, the ramifications of a change in the occupancy load were not. In addition to laboratory space, adjacent offices, and support areas, the client desired an assembly space for demonstrations and presentations. The permitting agency was late in advising the design team and client that this increased occupancy load would require a change in the fire rating of the building envelope. Working with the design team, MATT facilitated a solution that allowed the client to keep their program intact and meet their proforma.

This example demonstrates the importance of due diligence to understand the complete picture of an adaptive reuse decision and the value of an experienced design and construction team to handle the situations that inevitably arise.

As the life science industry continues to expand, adaptive reuse construction will prove to be a viable option for fast-paced organizations interested in a construction solution that can match their agile and adaptive nature. By working alongside an experienced design and construction team, like MATT, life science companies may find that adaptive reuse is the building option that offers them the most flexibility and opportunity they need to succeed.