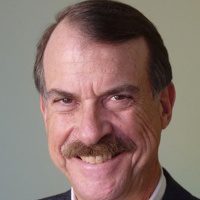 Chair of Governing Board, California Institute for Regenerative Medicine (CIRM)

Jonathan Thomas (“JT”) has been Chair of the governing Board since June 2011. Prior to that he was a Co-Founding Partner at Saybrook Capital (“Saybrook”), an investment banking and private equity firm based in Santa Monica, California. Long interested in the biological sciences, JT majored in Biology and History at Yale, where he graduated summa cum laude. As a George C. Marshall Scholar at Oxford, he then earned a PhD with a medical focus in Commonwealth History. He subsequently returned to Yale for a JD at the Yale Law School. While there, he retained an involvement with biology by teaching courses on the legal implications of genetic engineering and the impact of disease on history.

He went on to be an investment banker for Ehrlich Bober & Co. (a top-10 Wall Street public finance firm) where, among other things, he led a team that underwrote over $1 billion in various kinds of bonds for the Los Angeles Community College District. He left Ehrlich Bober in 1990 to co-found Saybrook. While with Saybrook, he led an early round of financing for Advanced Cell Technology (now Ocata Therapeutics), which now has two embryonic stem cell-based clinical trials in progress. In addition to his financing expertise, JT brings legal expertise to help CIRM navigate clinical trials, bilateral collaborative agreements, intellectual property, loan agreements and other legal challenges that confront CIRM on an ongoing basis. His legal experience includes clerking for White House Counsel Lloyd Cutler in the last year of the Carter Administration and also for the Honorable George Mackinnon of the United States Circuit Court of Appeals for the District of Columbia Circuit. He later practiced at then-Munger, Tolles & Rickershauser in Los Angeles.

JT also has a broad knowledge of governmental agencies, having served for seven years each as either member or vice president of the City of Los Angeles Board of Harbor Commissioners and as a member of the Governing Board for the Alameda Corridor Transportation Authority. In that latter role, he developed a plan to finance the $2.4 billion expansion of the Corridor rail lines from the Ports of Los Angeles and Long Beach to downtown Los Angeles. Through this government work and his many years in public finance, he has served at various times as underwriter, financial advisor and issuer of a wide range of tax-exempt and taxable bonds. JT has worked closely with political officials at the federal, state and local level on a variety of projects for over 30 years. He was the chief government liaison to the Governor and State legislature for the Official Committee of Unsecured Creditors in the PG&E bankruptcy, for whom Saybrook acted as financial advisor in their Chapter 11 proceedings. He has structured a number of public/private partnerships, including the financing for the Dolby (formerly Kodak) Theatre in Hollywood, home to the Academy Awards.

JT has a long-standing commitment to patient advocacy. He spent more than 15 years on the Board of the Crippled Children’s Society of Southern California and served as Chair for four years. The organization, now called AbilityFirst, assists children with spinal cord injuries and mental disabilities that could be targets of stem cell therapies. He is an Honorary member of the AbilityFirst Board.