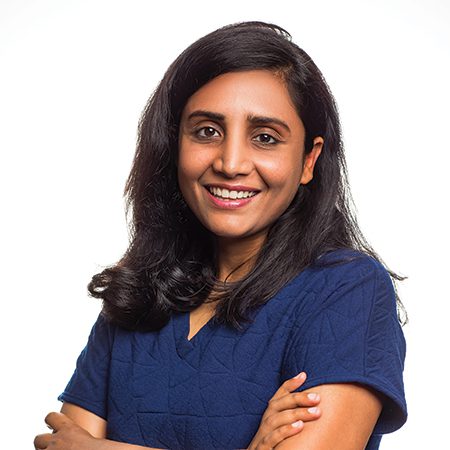 Anitha Jayaprakash is the CEO/Co-founder of Girihlet Inc, which is focused on building a powerful immune platform to identify and target novel biomarkers for diagnosing, treating and curing autoimmune conditions. With a Ph.D. in Biomedical Genetics from Mount Sinai school of medicine, NY, she has a strong technical background (16 peer reviewed publications, 5 patents). Girihlet has extended its target identification platform from humans to multiple species (dogs, cats, monkeys, swine, mouse) with the goal of creating a best-in-class pre-clinical evaluation platform. This allows them to select the most accurate pre-clinical species to test their therapeutic assets before moving into humans. Their platform has already helped determine that a version of colitis in a mouse model is caused by diet changes leading to autoimmunity, independent of the microbiome.

Anitha recognized early on that small biotech startups face many obstacles that could be avoided by following the example of research universities. In such settings, internal collaborations are encouraged, and scientists can better advance their own research programs by sharing domain expertise and expensive equipment.

In addition to running her company, she set up the first co-sharing biotech incubator in Oakland, CA in 2017 called the Oakland Genomics Center (OGC). Since its inception, OGC has been growing, in size and occupancy. It is now self-sufficient. It has incubated more than 16 biotech startups and is currently home to 14. She is a big booster of Oakland and is proud to have contributed to creating and facilitating biotech jobs in the city.