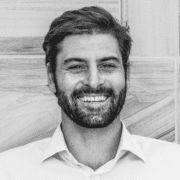 Drew is the founder and chief executive officer at Singular Genomics. Drew is also founder and managing partner at Axon Ventures, which has made early stage investments in a number of local companies and several other early stage stealth biotech startups. Prior to his Singular Genomics, Drew was a seed investor and part of the founding team at ecoATM, which was acquired for $350 million. He was also a seed investor and consultant at Edico Genome, acquired by Illumina for $100 million.

Drew has a bachelor’s degree from UC San Diego, an MBA from The Rady School of Management and partial completion of JD at USD.