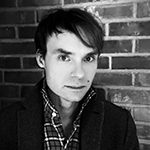 Edward R. Truitt, III, JD – Co-Founder and Chief Executive Officer of Lubris BioPharma – is a biotech entrepreneur and former corporate attorney. In addition to Lubris BioPharma, Mr. Truitt is a co-founder of Biological Dynamics, Inc., a molecular diagnostics company focusing on the early detection of cancer. In 2007, Mr. Truitt, along with his wife, co-founded the UCSD Entrepreneur Challenge, a business plan competition that has gone on to award over $1M and help start 15+ technology companies. Mr. Truitt received his JD from the University of San Diego and his B.A. from UC Santa Barbara. Prior to becoming an entrepreneur, Mr. Truitt had an active practice in corporate law, focusing on business formation and technology licensing.