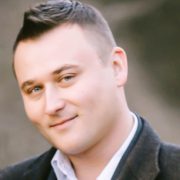 Dr. Dunham serves as SeqOnce Biosciences CSO and is focused on genomic discovery, enabling these technologies to continue to drive scientific discoveries. Joseph has been involved with technology development for next generation sequencing and imaging diagnostics. He assisted in the development of RAD for RAD sequencing during his undergraduate studies.
He holds a B.S. in Biology from the University of Oregon and a Ph.D. in Molecular and Computational Biology at the University of Southern California. His doctoral work was supported by an EUREKA RO1 award of $1.2 million he co-wrote for stem cell heterogeneity population genomics during regeneration. He continued his dedication to interdisciplinary training and translational research and pursued a Postdoctoral Scholar position with Dr. Scott Fraser at the University of Southern California. His postdoctoral efforts to co-develop a single molecule signal amplification technology (MUSE) has resulted in patents and Dr. Fraser and team received the Chan Zuckerberg Initiative award for the application of MUSE for single molecule transcript neuronal imaging as a part of the Human Cell Atlas initiative.