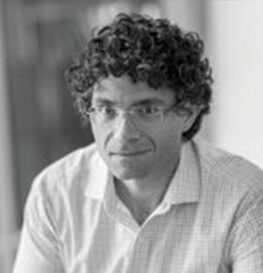 Matt is working to speed the development of life-saving medicines and change the way we think about funding nonprofit research. The chemist was among the first employees to join Calibr in 2012, as a principal investigator seeking new therapies for metabolic, cardiovascular and autoimmune diseases. But his business aptitude gained attention from the top ranks, and he was soon asked to play a more central role in operations. Recently promoted to COO at Calibr, Matt has been instrumental in establishing collaborations with organizations such as BMS, Pfizer, Wellcome Trust and The Bill & Melinda Gates Foundation. He has helped Calibr quickly become one of the most well-known translational research institutes in the world; and now, his new dual role at TSRI is helping to set a new standard for collaborative research. “I like the collegial nature of the San Diego life sciences scene,” Matt notes. “I’ve had the privilege of meeting people who were wildly successful in their own pursuits, but who engaged me as a colleague, offered advice freely and took genuine interest in what we were doing.”