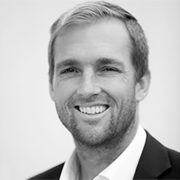 Todd Harris, Ph.D. has served as a member of our board of directors since 2010 and as our Head of Corporate Development since January 2016. Dr. Harris was the founder of Sienna Labs, Inc. and served as its Chief Executive Officer from July 2010 until January 2016. Previously, from 2008 to 2013, Dr. Harris was a consultant at McKinsey & Company in the Health Care Practice Division. Between 2006 and 2008, Dr. Harris held a graduate fellowship with the National Institute of Health. Dr. Harris received a B.S. in Engineering from Brigham Young University, an M.S. in Bioengineering from the University of California, San Diego, and a Ph.D. in Medical Engineering and Medical Physics from the Massachusetts Institute of Technology.